“…worthy of sitting on the shelf next to Peter Benchley’s JAWS.” 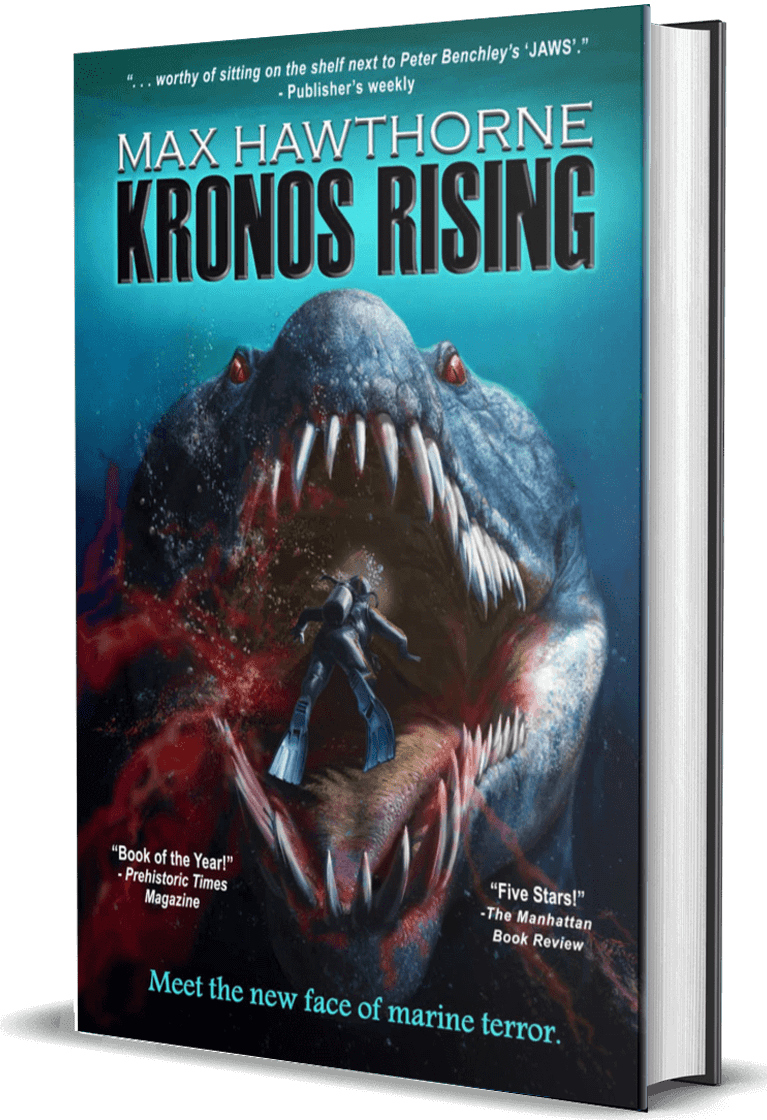 “Readers beware: a new master of marine terror is coming to your bookstore, and his name is Max Hawthorne!” 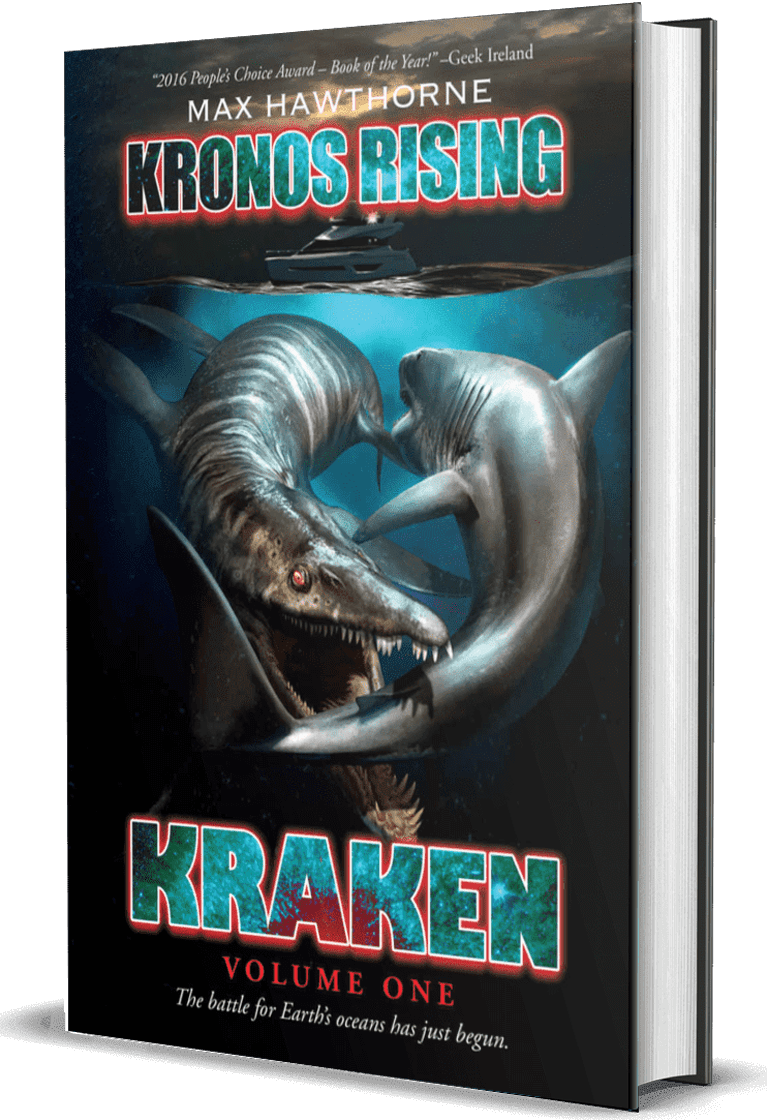 “Max Hawthorne certainly knows how to tell and pace a fine adventure tale, in the tradition of Robert E. Howard.”

“Batten down the hatches and brace yourself … Hawthorne delivers suspense at a breakneck pace.”

– Ryan Lockwood, Author of Below 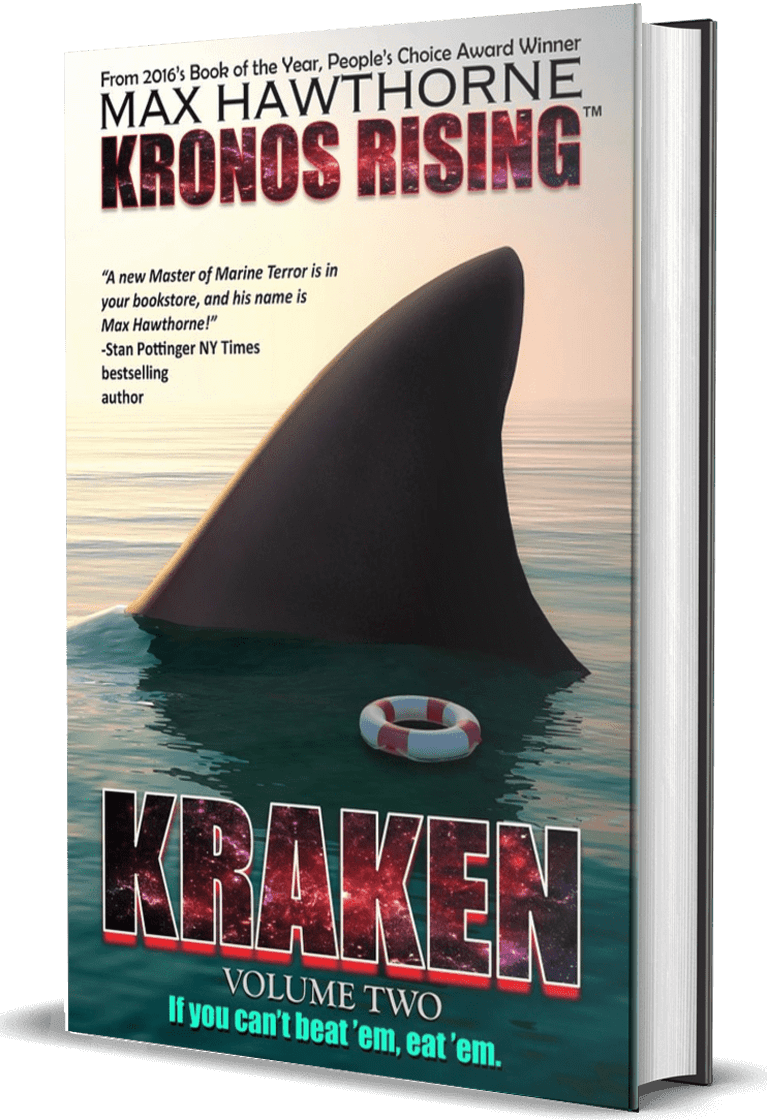 “A great finale to a brilliant series. Gripping from the word go and breathtaking all the way to the jaw-dropping climax. Max Hawthorne does it again, as only he can!”

“Max Hawthorne’s climactic finish to his award-winning Kraken trilogy latches onto you with all the power and ferocity of its legendary namesake and doesn’t let go. A truly heart-pounding and well-crafted conclusion.”

“The Kronos Rising: Kraken series requires a finale as big and bad as its name — and Hawthorne delivers. Fast and edgy, Kraken 3 pits strong protagonists against their most nefarious nemeses, with plenty of nail-biting action to keep you flipping pages.” 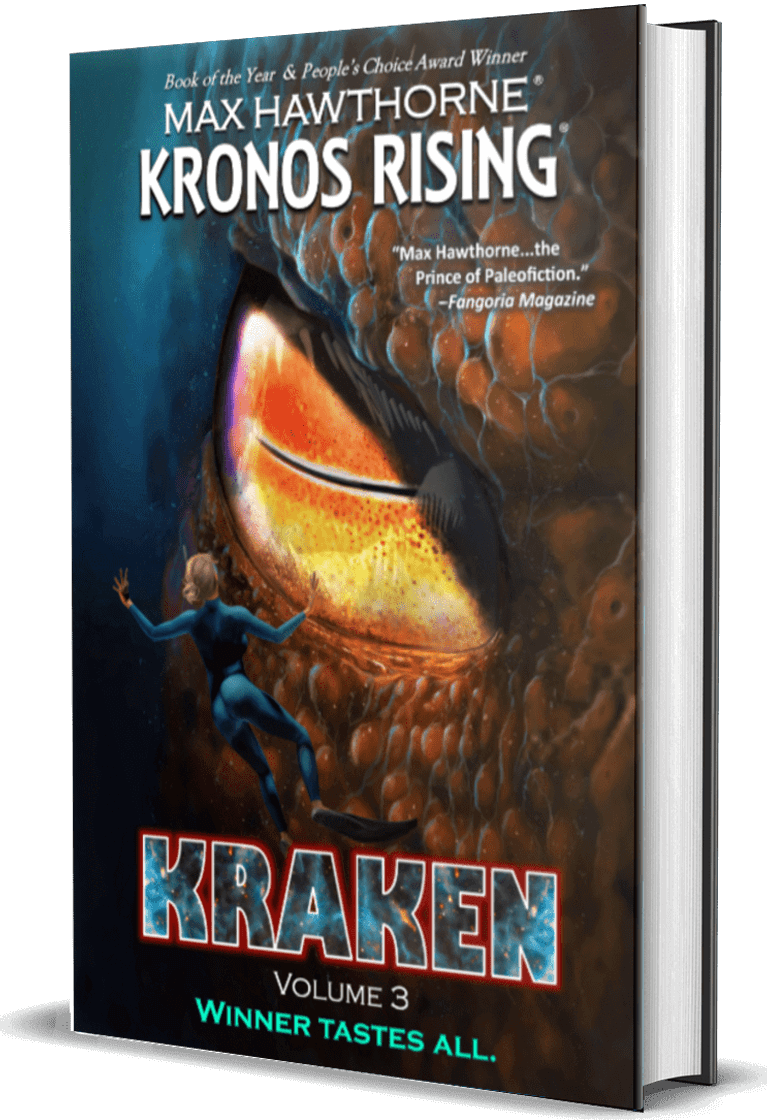 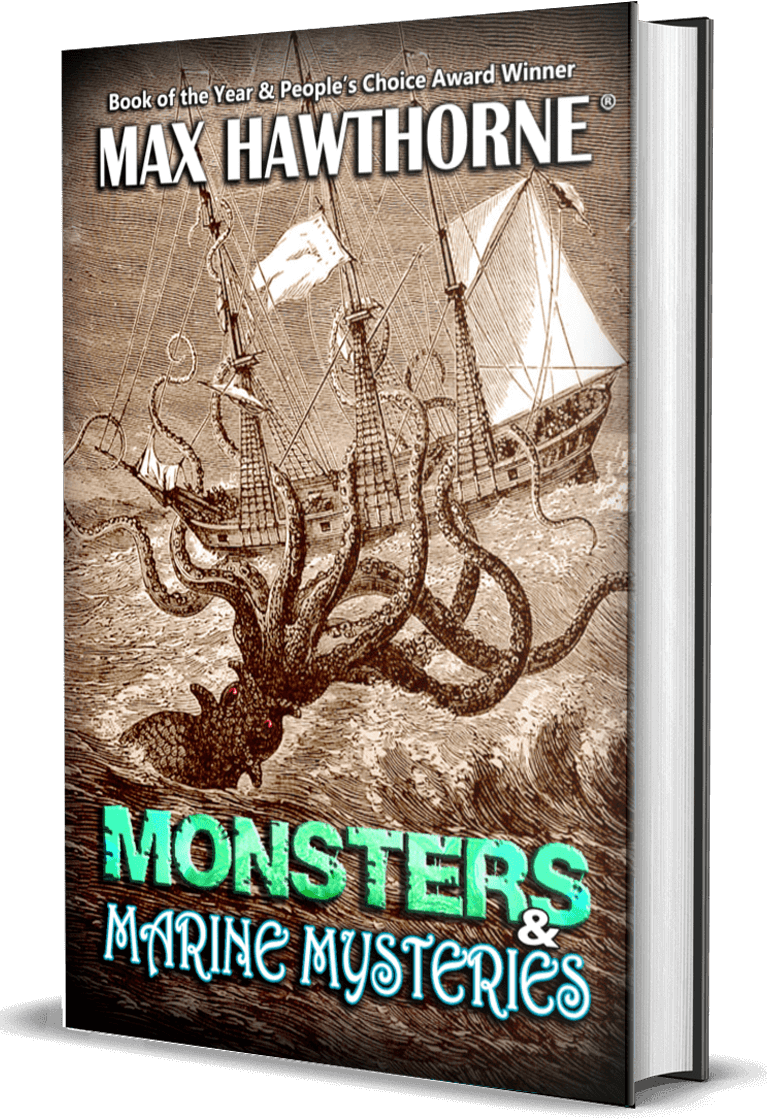 “What I liked about this book is . . . it’s full of blood and gore and maiming and fighting and death.”

“Excellently done . . . what Jake did to Grayson virtually assured his death,” 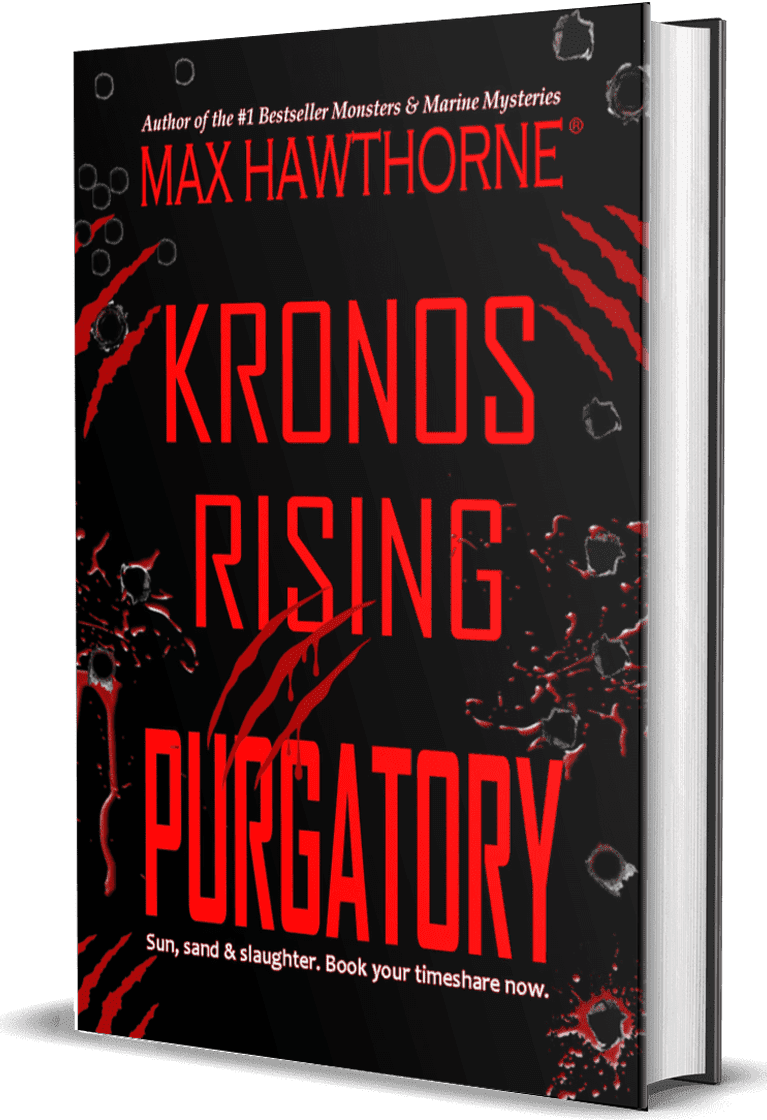 “Max Hawthorne has created the ultimate holiday monster, and it is a total badass!”

“A gripping tale of horror and suspense in the vein of Kronos Rising. A knockout!” 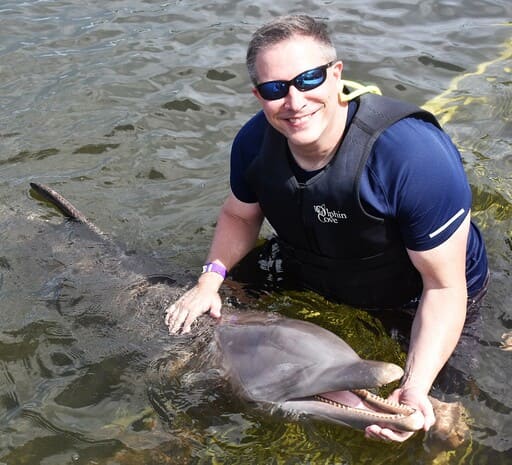 Max Hawthorne was born in Brooklyn, NY. He attended Philadelphia’s University of the Arts, graduating with a degree in Film & Animation. He is the author of the award-winning KRONOS RISING novel series as well as MEMOIRS OF A GYM RAT, an outrageous exposé of the health club industry. 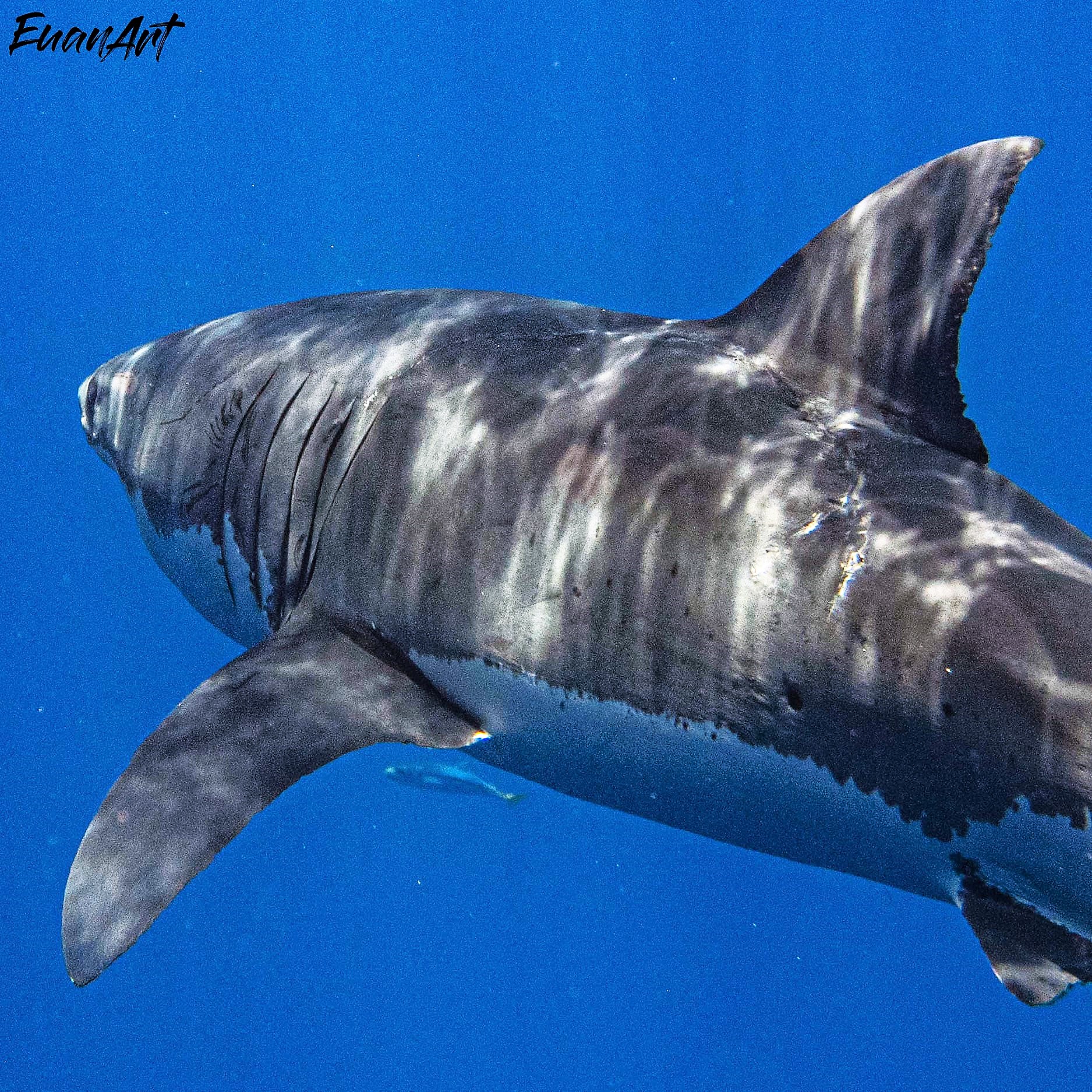 World’s Largest Great White Shark May Be A Cannibal

Photos suggest there is a 28-foot great white out there that eats other sharks.

Specimens from the collection of indie paleontologist Max Hawthorne indicate Megalodon nurseries were raided by other sharks that killed and ate young “Megs”. 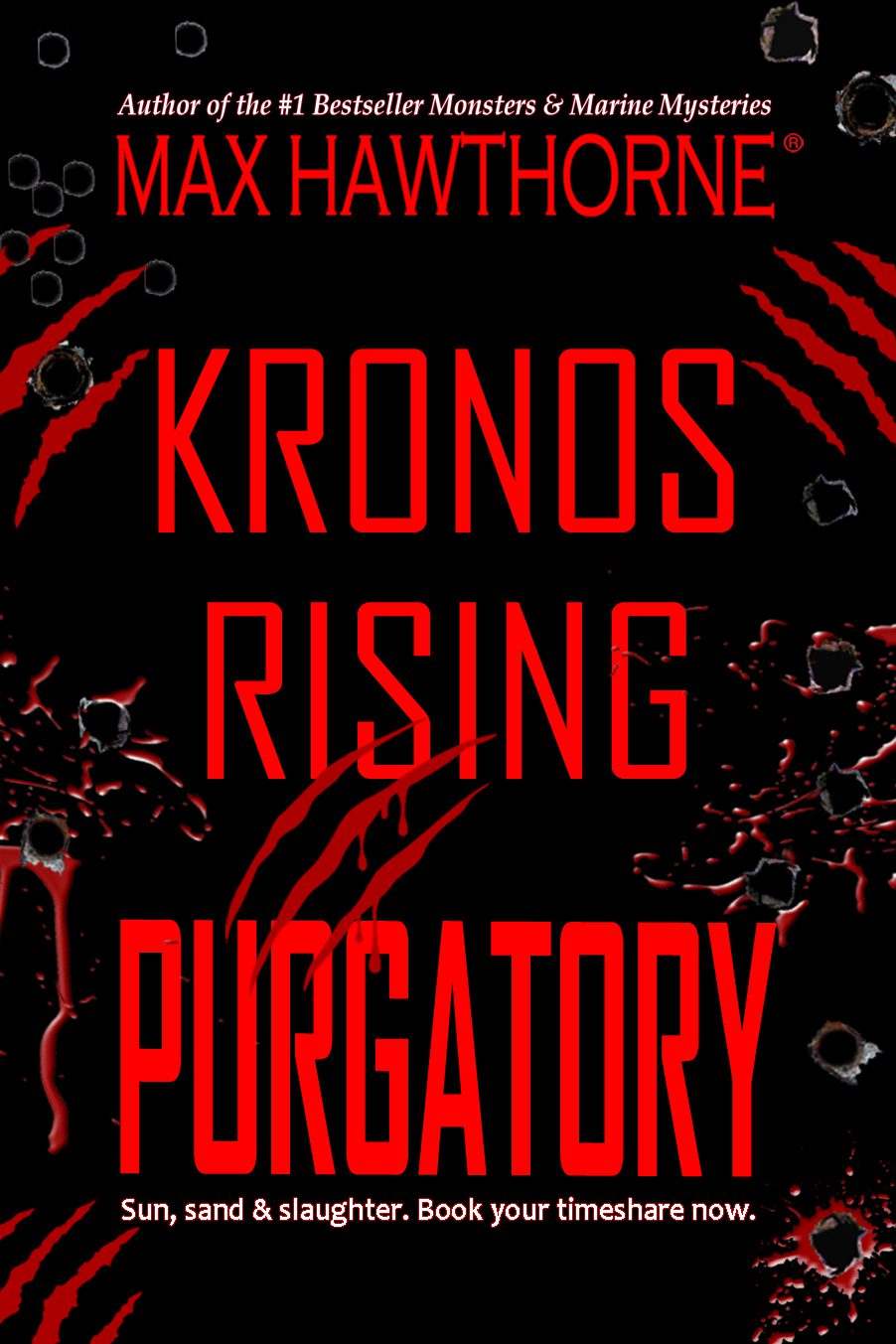 Kronos Rising: Purgatory has arrived and it’s Hell on Earth.

The newest novella from Far From The Tree Press, LLC proves that big thrills and suspense can come in small packages.

Sign up for the latest news, release dates, signings & more.