The intriguing footage of a wounded Orca, filmed off the coast of Norway last year, has captured the imagination of many, myself included. The obvious teeth marks and bite pattern that shows on the cetacean, and the inability of even a top marine biologist to ID them, raises the possibility – is there a marine predator out there that we’re not aware of? And could it be something from a bygone era? 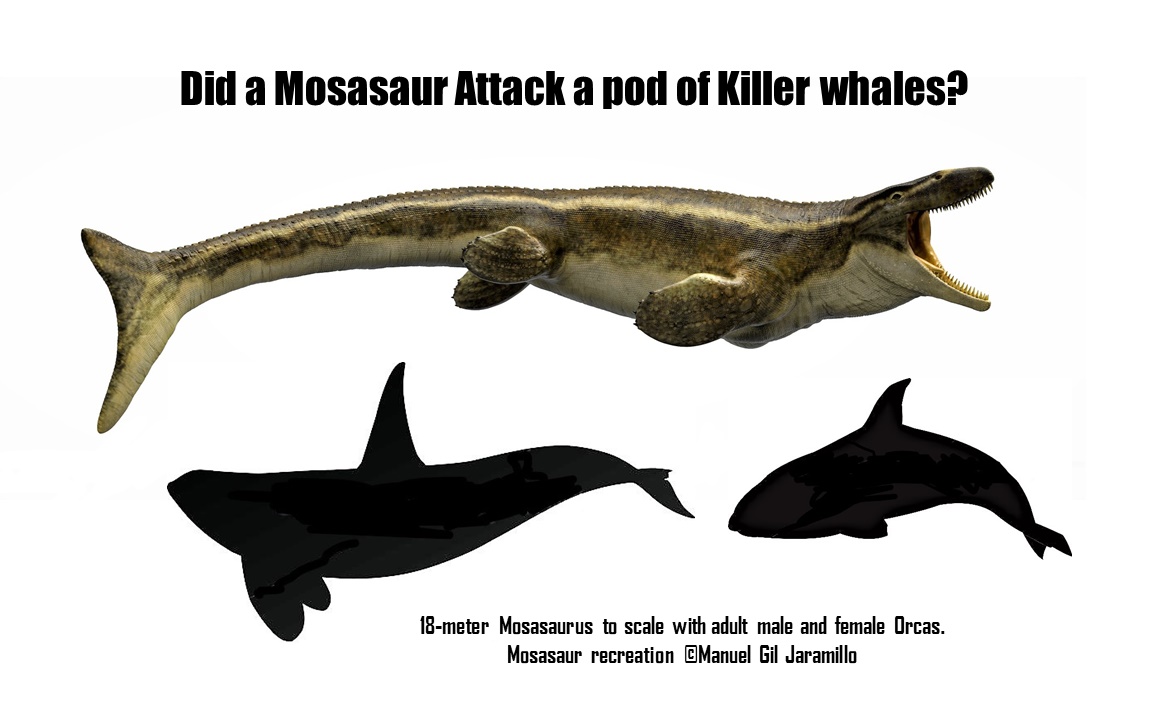 As a follow-up to my last home video, wherein I analyzed the Norway footage that appeared on the Facebook group Carcharodon carcharias, I decided to do some additional research to see if there was any way, that a living, known creature or object could have caused the killer whale’s assorted injuries. Of course, I knew the main focus would have to be on proving or disproving whether another Orca (or Orcas) was responsible, as “inter-species aggression” is the Occam’s Razor explanation.

Cryptozoologist Scott Mardis was a big help, as he sent me a photo of an adult humpback whale with obvious Orca bite marks on its head, as well as photos of assorted ammonites and turtle shells with mosasaur bite marks on them for comparison.

Using that, I was able to calculate the size of the killer whale to the scarred humpback image. This gave us a comparison as follows: 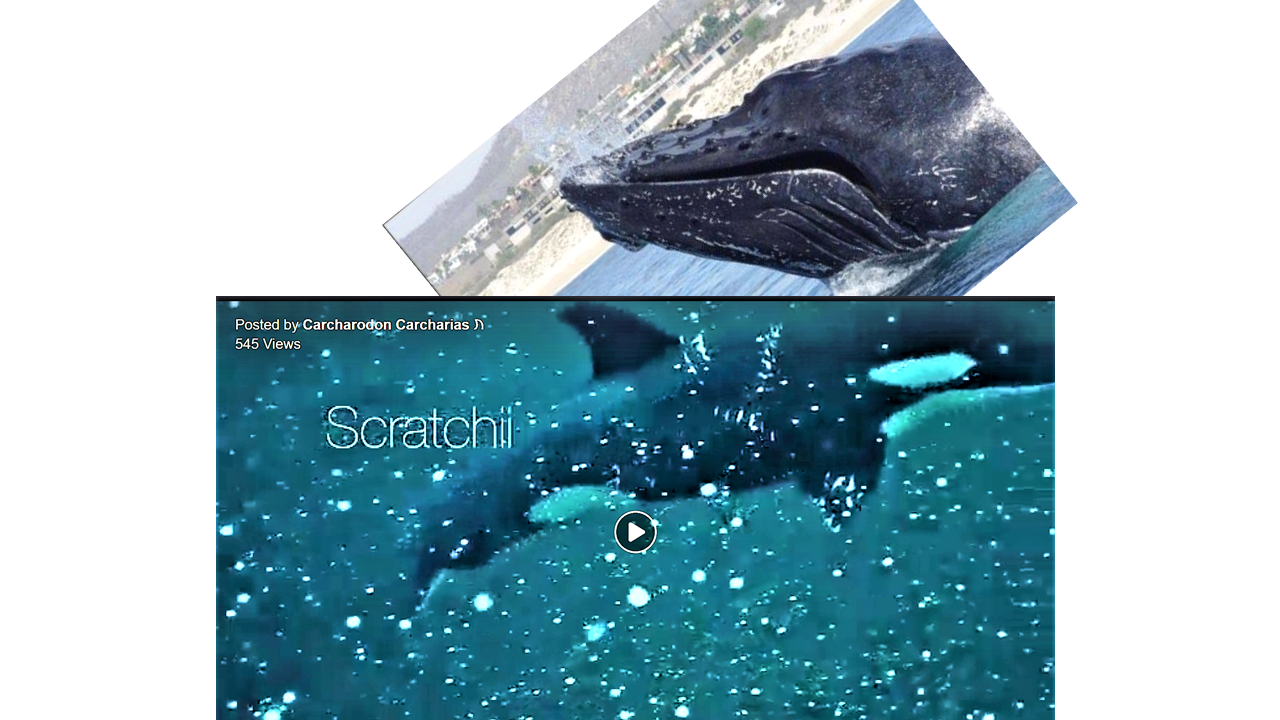 Anyone can see that the bites on the Orca are much larger, different in shape, and made by much bigger teeth than could be found in any killer whale. So, again, the question remains: if it wasn’t another killer whale, or a shark, squid, sperm whale, net or boat prop, what did it?

Thanks very much for stopping by and I hope you enjoyed this brief post and took the time to watch the accompanying video. As always, if you’re interested in paleo-fiction or marine terror, be sure to check out my novels on Amazon. If you have their Kindle Unlimited, you can read 4 of 5 of them for FREE (with a subscription) Kronos Rising Series on Amazon 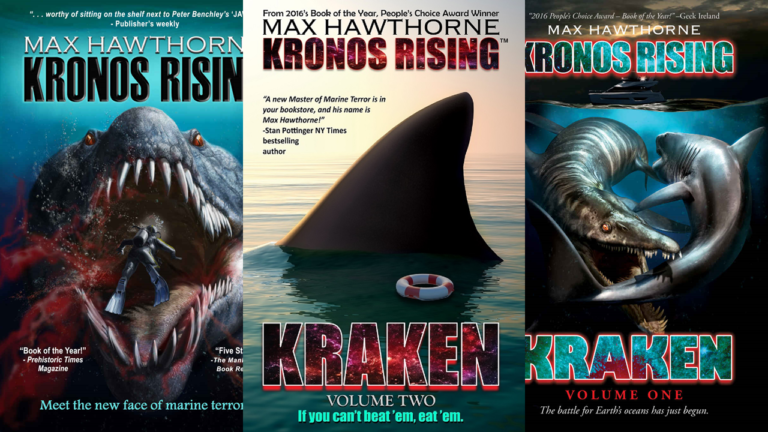