Editing With a Sword: How a Few Cuts Could’ve “Saved” the Final Episode of Game of Thrones

Like most people on the planet, I’ve seen the petitions going around on social media about the final episode of Game of Thrones.

Millions of irate Game of Thrones fans are upset (some even outraged) about how the final season and, in particular, the final episode played out. In fact, many of them are demanding a “do-over”. That’s never going to happen, of course, but let’s be frank; we need to give credit where credit is due. The show’s award-winning writers are among the tops in their fields. They’ve successfully brought to life one of the greatest sagas in the history of television. They deserve to have accolades piled at their feet, not to be vilified because they failed to meet everyone’s expectations.

That said, as a novelist who crafts an ongoing series of books, I’ll be the first to admit that writers can and do grow weary of working with the same material, settings, and characters, day in, day out. It’s like eating the same meal over and over again. Repetition is the enemy, and the mounting pressure to find exciting new visuals, action sequences, and even dialogue can be overwhelming. It’s the nature of the literary beast. The ongoing need to keep our stories fresh and unpredictable, both for ourselves and our viewers/readers, can become taxing. It sometimes results in a sort of “storytellers’ myopia”, wherein the artistic vision we regularly rely upon starts to get a bit blurry. 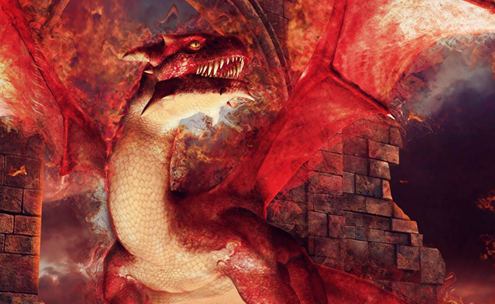 I must concede that I see some of the fans’ points. And, to a certain extent, I agree with them. When compared with the previous seven seasons, overall, the final season and most notably the final episode of Game of Thrones felt very rushed. It was like they were trying to cram three seasons worth of stories into one. As a novelist, I saw many set pieces/scenes/character arcs that could have been handled differently. The writers had the opportunity to add so much more punch to them. The following are a few examples of scenes that, if I had been part of the writing team, might have been handled differently. If you agree, hit me up on Facebook. I’d love to hear from you.

My Take On The final episode of Game of Thrones

1- I would not have had Dani “turn to the dark side” the way she did.

Based on the previous seven seasons, her character was too strong to go down that path so readily. I would have pushed her hard, perhaps driven her over the edge, similar to the way she was (but stretched out over a bit more time), but then I would have had her pull back. I would have given her the opportunity to redeem herself, to prove she wasn’t a “mad queen”, but die in the attempt. I would’ve had her attack the Red Keep first, demolishing much of it, and then perhaps, in the heat of battle, staying her hand against some helpless enemy or enemies (perhaps some ground troops), only to have them turn on her, perhaps hit her with an arrow that would eventually kill her. I would’ve had some of the Gold Cloaks involved, cheering, mocking, then had her see Missandei’s head on a spike. This combination would have pushed her over the edge. It would’ve justified her unleashing her full fury on the city. With her impassioned like that, her sacrificing herself and Drogon, perhaps to save Jon, (maybe from a collapsing tower, with the dragon bearing the brunt of it), would’ve had much more impact. It would’ve served to absolve her from her momentary descent into madness. She could’ve revealed Jon’s heritage to her people as she lay dying and went out a heroine. She would’ve gone out a legend, with the last dragon dying alongside her, cradling her. Or even better, the two of them flying off with Drogon on fire, like a meteor preparing to burn up in the atmosphere. Immune to the flames, Dani would die atop Drogon’s back, with him then spiraling down to crash into the same ocean as Rhaegal. It would be a glorious and fitting end; a shooting star falling into the sea.

2- “Clegane Bowl” was awesome, but even it could’ve had a better climax.

I would’ve changed the story where, when Sandor tackles his zombie brother and knocks him through the wall, I would’ve had Drogon (obviously, earlier in the episode) catch and eat the Mountain as he fell. It would’ve had more impact. He may have survived sword thrusts and the like, but being eaten by a dragon is harder to bounce back from. I also would’ve not killed off the Hound. I would have had him catch hold of the crumbling edge and end up hanging there, holding on for dear life, with an inferno raging below him. He would’ve had one arm so badly wounded that he couldn’t pull himself up. Then, I would’ve had Arya show up and make a comment about his advice being appreciated, but that one must be true to one’s self (kind of an, “I’m a scorpion, it’s my nature” thing). I would’ve had her grab his wrist and pull, then shake her head, realizing he’s too heavy and she can’t lift him. He would’ve seen the resignation on her face and replied, “So, you’re gonna leave me after all.” She would’ve pulled back out of sight. He’d have hung there for a moment, probably grinning and contemplating the irony of his fate, only to have Brienne, of all people, show up and pull him to safety. This would’ve settled things between them, resolving their past conflict and not sacrificing the character. Then, Brienne would’ve looked around for Arya and be surprised that she’s gone. This would’ve told the viewers that the two were together and that Arya had a hand in saving Clegane after all.

3- The battle between Jamie Lannister and Euron Greyjoy was a bit of a disappointment.

Sure, the revelation that Jaime is the baby’s father would’ve been a bit cliche’, but it still would’ve packed a lot of oomph and given fans the payback that droves of them wanted to be directed at Euron. Let’s face it’ he was an arrogant douchebag, and many people would’ve cheered to see him get his just desserts. The expression on his face as he lay there dying, happy that he’d killed Jamie Lannister, would’ve faded fast as Jamie yelled out from the background, “Maybe so, but Cersei is carrying my child, not yours. My name will carry on, while yours . . .”

4- The deaths of Queen Cersei and Jamie Lannister should’ve been handled differently.

For starters, interspersed with the earlier battle, I would’ve prefaced their untimely demise with a few scattered shots of portions of the interior of the Red Keep collapsing, including the dungeons. There would’ve been soldiers and jailers running for their lives, some prisoners escaping, being crushed by falling rocks, etc. Later, I would’ve had Jamie and Cersei in the lower levels as took place, trying to escape, and I would’ve had Arya (disguised as Qybrun – it’s easy enough to take a man’s face when he’s already dead and have “him” pretend he was only wounded) guiding them out, only to reveal herself just before they could make their escape. As is his character, a badly wounded Jaime would have valiantly tried to defend Cersei, only to be defeated handily by Arya. I would’ve had Arya announce that she’s decided to add Jaime to her “list”, but then have Brienne arrive and stop her in mid-strike. (The Hound would’ve accompanied her but – now torn, loyalty-wise, between the two – wisely stayed neutral).

This would’ve set up for some intense and hateful vibes between the Queen and the “great cow” she loathes, especially when she realized Jaime and Brienne have been intimate. The irony that a woman she despises, her unexpected romantic rival, was the only person keeping her alive, would’ve been particularly poignant. Arya and Brienne would’ve fought, with Arya eventually getting the upper hand and then stalking Cersei, with murder in her eyes. Arya would’ve ignored a wounded Brienne’s pleading and advanced on Cersei, reciting a list of all her crimes against the Stark family, her brother and mother’s murder, watching her father be executed, and more. Then, just as she was about to plunge her knife into Cersei’s heart, Jaime would shout out that she’s pregnant and plead for mercy for the innocent baby. This would stay Arya’s hand, after she exchanged glances with Jamie, Brienne, and the Hound. She would start to back away, perhaps making a comment that the Many-Faced Gods would deal with her himself. Cersei would smile, only to gasp in horror as a spear blade appears from her stomach. We’d see Ellaria Sand revealed behind her as Cersei collapses, escaped from the shattered dungeons and avenging the death of her daughters. Jamie would scream in anguish and crawl to a dying Cersei’s side, only to stay with her to die as the place collapses and Arya and the Hound drag a distraught Brienne to safety.

5- I thought the whole Bran notion of becoming King was a bit forced.

Unlike before, in the final episode of Game of Thrones his previous claims of not having any interests or desires, Brandon Stark formally eliminated himself as a potential candidate for king. Yet his statement, “Why do you think I came all this way”, is contradictory. It implies that he knew everything would play out the way it did, so he becomes a manipulative, “Sith-like”, and potentially malevolent character. With his Three-Eyed Raven abilities, Bran would’ve been better served to be Hand of the king, with Jon on the throne and Tyrion as master of Coin or wine or some such. As happened. Brienne would’ve been given command of the King’s Guard, and the Hound could’ve ridden off with Arya, to watch her back as she explored what lay “West of Westeros”. This would’ve worked out better from a variety of angles. As King of the Six Kingdoms, Jon, or rather, Aegon Targaryen, would’ve agreed to free the North, yet still had an easy alliance with his sister, Sansa Stark. The Wildlings would’ve settled down, becoming far less warlike and troublesome, yet they would’ve also remained valuable allies, especially with them being beholden to Jon, not to mention his relationship with Tormund Giantsbane.

There are many other plot points that could be discussed but, at the risk of coming across as pretentious and arrogant, these are the major ones that I would’ve addressed, at least for that final episode of Game of Thrones. I think viewers would’ve done a lot more cheering and much less jeering if these tweaks had taken place. But, then again, I’m just a humble novelist and not the writer for one of the most watched cable series of all time. What could I possibly know? 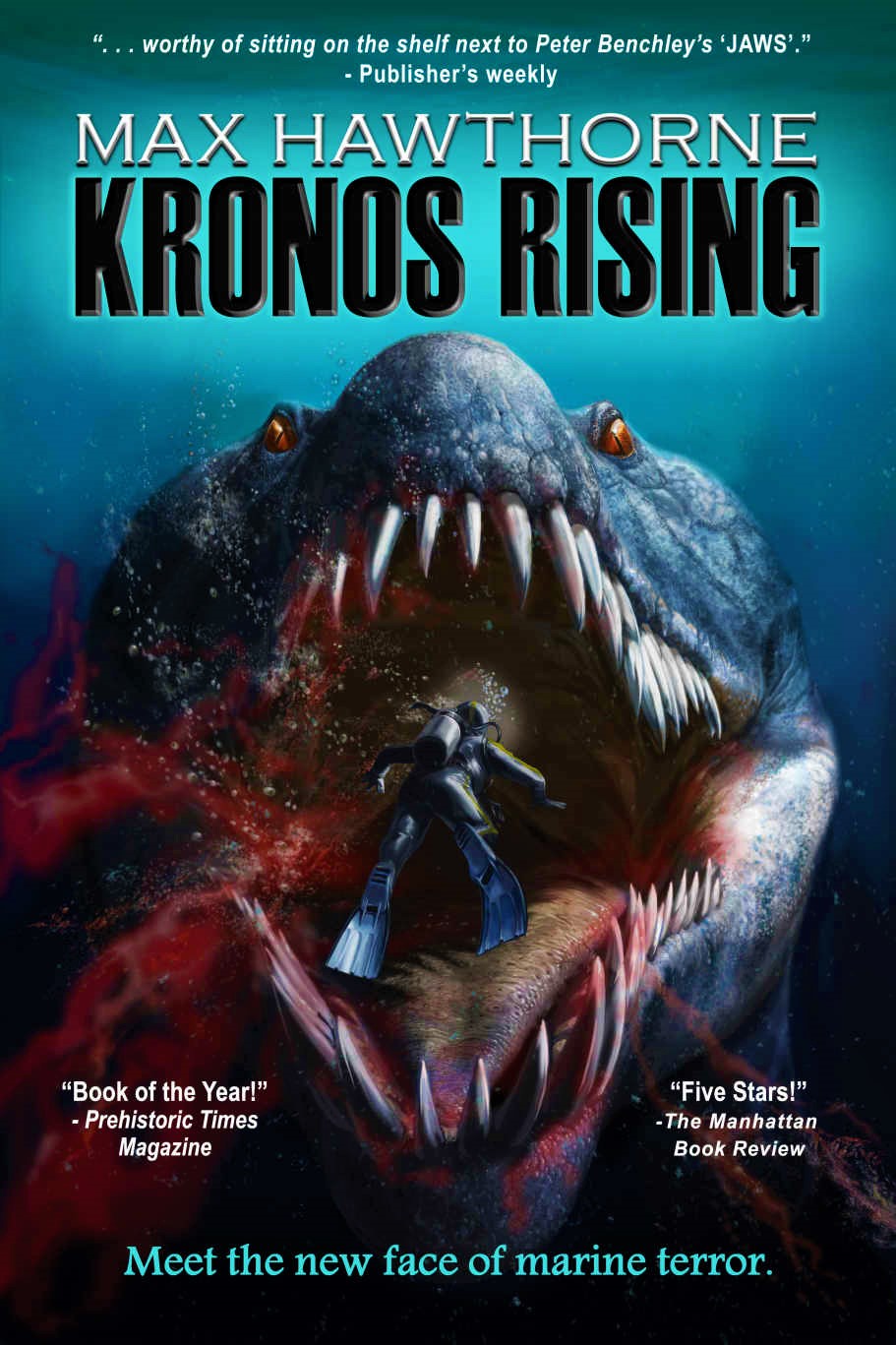