Author Max Hawthorne Falls Asleep at the Wheel: Did a “GUARDIAN ANGEL” Save His Life?

As many of my readers know, and as I’ve said during at least one print interview, I’ve done many risky things over the course of a rather tumultuous life. I’ve done the bungee jump, swam with dolphins, rescued a drowning dog, saved a woman from being beaten to death on a NY street corner, and stopped a very determined alligator from eating my father and I by fighting it off with a fishing net.

There’s more – lots more – but much of that is probably better left “undocumented”. That said, I am a firm believer that real-life experiences do, indeed make one a better novelist. Let’s face facts; it’s easier to write about cold fear once you’ve experienced it.

There have been many times in my life where very bad things happened either to me or around me, and quite a few where I found myself scratching my head, wondering how I managed to emerge unscathed (or alive, for that matter). There have been incidents where I honestly believe I should have died, yet didn’t. In fact, the circumstances around some of these occurrences have been so odd that I’ve come to an outrageous, albeit inescapable conclusion – that I have a real-life guardian angel looking after me.

I must keep her very busy.

This month marks the six-year anniversary of an incident where I almost burned to death in an SUV fire. Yet, again, I emerged without a scratch (a little smoke inhalation, yes, but nothing life-threatening). I’ve never told the story in full detail before, but in an upcoming blog entry I will. It’s long overdue, and one should give credit where credit is due.

In retrospect, it seems that the SUV I was driving – a then eight-year-old Isuzu Ascender that had, up to that point, served me long and faithfully – was, as my friend and mechanic used to joke, cursed. Bad things kept happening to me while I was in that truck, yet each time I walked away. A month or so prior to the fire that ultimately consumed the Isuzu, there was an unbelievable occurrence – the one that first opened my eyes to the possibility I had someone watching over me.

Unfortunately, there’s only so many hours in the day to write, so that, too, we’ll save for another blog entry. Hopefully, this first one will be worth the read.

A week or so before my Ascender’s fateful fire, I experienced another bizarre incident. I was driving from Brooklyn to New Jersey via the NJ Turnpike. It was daytime, a Saturday morning, if memory serves, and I remember being exhausted. For the first time in my life, I fell asleep behind the wheel. It had never happened before and, thankfully, has never happened since (*knuckles his head and says “knock on wood”). But it came very close to being my end.

I was in the left lane doing around sixty-five when I dozed off. At that moment, I had my right hand gripping the wheel. I assume that, as my arm relaxed and began to droop, the wheel spun with it. My SUV followed, and started angling on a deadly course, toward the tractor-trailer in the center lane, right beside me. I know this because, all of a sudden, I was slapped across the face. I was alone in the vehicle, yet I got the distinct impression I’d just been hit, and fairly hard.

My eyes snapped open and I “woke” to find my vehicle about to enter that terrifying no-man’s-land that exists between the front and rear sets of tires on an eighteen-wheeler. Although the height of the cabin of my Ascender may not have fully fit, my entire hood definitely would have. I would have been wedged there as the trailer’s rear tires impacted on my passenger door and right fender, and most likely run over and crushed to death. That’s not counting the devastating pileup that would have taken place with the surrounding vehicles. There were a lot of cars and it would not have been pretty. 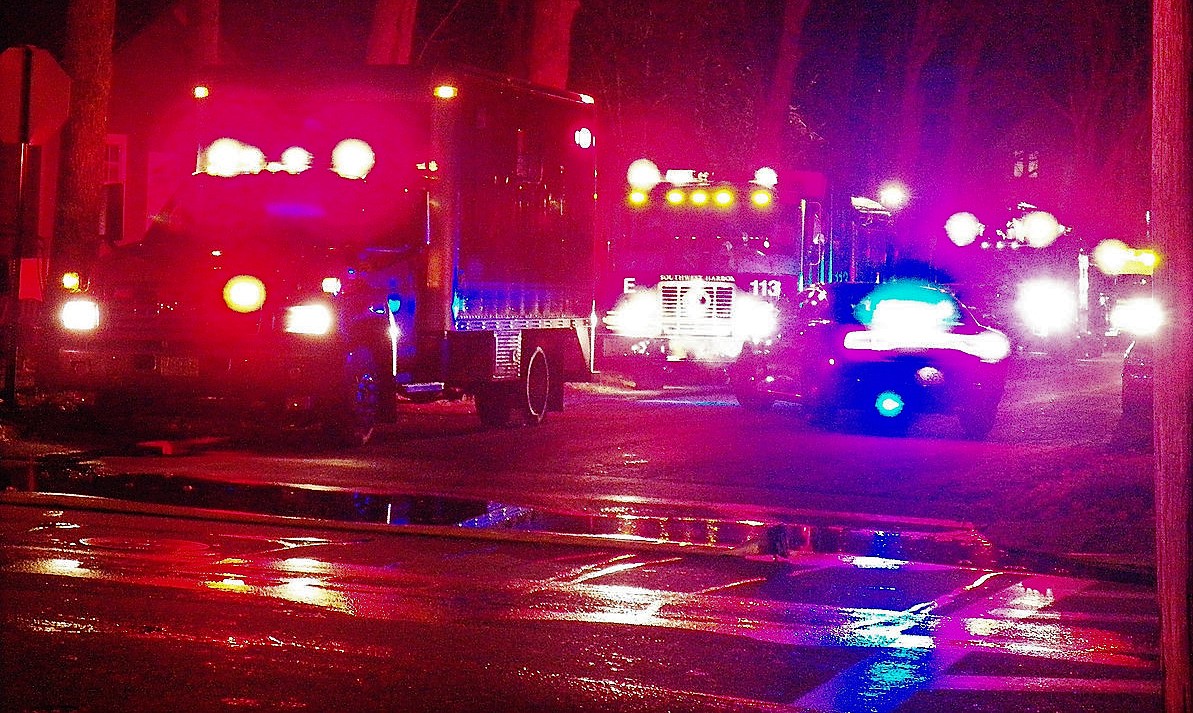 Fortunately, I have fast reflexes and, as my eyes peeled wide in alarm, I managed to straighten out without overcompensating (therein lies disaster). After clamping down on the resultant adrenaline rush and slapping myself across the face three or four times (as much as punishment as to stay awake) I drove the rest of the trip with the driver’s side window open. It was a brisk December day and quite refreshing.

That was the “minor” SUV incident, as I call it, regarding my guardian angel. Did I imagine it? Absolutely not. I’ve done plenty of sparring in my day, as part of both marital arts and boxing training. I know what it feels like to get hit in the face, and if you don’t believe me you can ask two of my fierier ex-girlfriends. I guarantee they’ll vouch for it. The point is, someone or something backhanded me across the face, seconds before I would’ve been mangled and, most likely, burned beyond recognition. My spiritual sentinel saved my life that day, and several additional times after that, and I am forever grateful for her protectiveness. Of course, I wish she was able to help me find a good literary agent or an interested movie studio, but hey, I’ll take what I can get.

All levity aside, I can only assume that this means I’m meant to do important things in my life, for myself and the people I love. I just hope I’m able to recognize those pivotal moments and opportunities when I see them. Otherwise, I might need to be bitch-slapped again. You know, to wake my ass up and set me straight! 😉

Oh, my current novel. No angels, more the opposite, I’m afraid. But please, check it out: https://www.amazon.com/gp/product/B07DJZ84VH/ref=series_rw_dp_sw